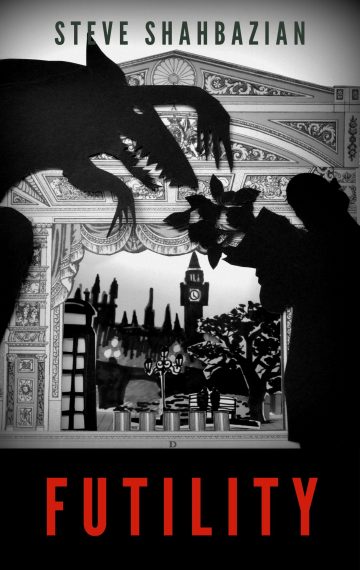 Life is difficult, life is a struggle. But there is always hope… to raise our expectations, cheat us and leave us worse than ever before. Yes, life is difficult, life is a struggle – with failed hopes and bitter disappointments added in to kick us when we’re down. So, let’s look on the bright side. It ain’t so bad when it happens to fictional characters. In fact, it can be quite fun….

What was it that drew him to her? Struggling to finish his novel, Picasso in the Latin Quarter, insurance administrator Andy Markham finds himself on a date with the glamorous florist, Hélène, whose shop he had walked past so many times. Strolling along the River Thames, discussing life and art, the drudgery of work fades away as they dream together of becoming a fashion designer and famous novelist. Will this be the moment that artistic romance blossoms?

Heart of the Party

Reginald Henderson is a born loser. His life has been a litany of failure, mitigated only his expertise as a project manager. Things look up when the Foreign Office offers him a new job helping to promote British culture abroad. In a new country surrounded by new people, he resolves never to repeat the mistakes that have made him so unhappy. When his new colleagues invite him to a party, he hopes this will be his chance to start afresh.

Having struggled through a precarious existence of job insecurity and moving from flat to flat, Brian Colvin once again finds himself facing redundancy. Thankfully, he has the support of his fellow residents in Pentonville Flats and his dreams of moving to the English countryside to keep him going. All that is blown apart, however, when the estate agents announce the flats are to be sold to a developer. Only the presence of beautiful new resident Priya Kumar can provide any light amidst the gloom.

Pretentious and unlikeable, Imogen Jeffries and Xander Poole are trapped in a disastrous relationship. Imogen is desperate to convince the world she is not a spoilt rich kid with no artistic taste, while Xander hopes he will finally be taken seriously as a public intellectual, despite his lack of qualification. Rapidly, their circle of friends dwindles and, when Xander is offered the chance to speak at the Cannes Film Festival, Imogen fears her secret might be coming out.

Jack Hughes has been ground down by life. A new boss and an unfair restructuring have left him sidelined at work and without a role. If only the rest his life had been any better. One by one, he has watched his dreams die. Happiness, love and stability have proved elusive, but Jack remains defiant. Priding himself on his strong sense of professionalism, he refuses to give in. Work is not everything; he has his project.

From Fire to Flame

The Great Writer delivers his speech after being awarded the prestigious annual Writer’s Prize. What more could this famed, respected and much lauded writer want? Perhaps it is a question we might all ask ourselves.